How to navigate the first year of sobriety? Is he a dry drunk or am I just overly emotional?

My S/O was 5 months sober yesterday. Boy has it been a tough 5 months. How can I tell if he’s acting like a dry drunk? Also, how can I navigate my own emotions, so that i’m not overly obsessive with each and every emotional response he has?

I feel like both of our emotions are taking a toll on our relationship. They are so up and down on both ends. He’s trying to get his license back and has had to jump through every hoop possible to make that happen. Because of this he’s been a bit of a roller coaster emotionally. One minute he’s positive and hopeful , the next he’s negative and complaining and almost ungrateful. I guess i don’t get what he expects. He had 2 DUIs! It’s not going to be a piece of cake.

I cry at the drop of a hat lately which doesn’t help. A lot of my crying has to do with sheer fear that these negative responses and attitudes will lead him to a relapse. In the past, he’d become more negative leading up to a relapse. I have been through so much trauma as a result of his alcoholism that I’m an emotional wreck at times. which in turn is starting to annoy him.

Today, he was being exceptionally negative after the Secretary of State (which he’s been there four times in the past two weeks) told him he had to take a driver’s test. Lots of negative talk about how much money this has costed him, how much jumping through hoops he’s had to go through, and maybe he won’t even get the license after all this. This kind of talk really gets to me, because in the past it meant a relapse was on the horizon. I decided to call him out of fear that he was about to drink. He said he’d call me when he got inside the house. When he didn’t call back, I texted him if he was home. At that point, he called me and blew up on me that he just walked in the door and i’m already hammering him with questions. I started to cry. He was very insensitive to my crying and said it seems like that’s all I do lately. He told me that it’s ok to be frustrated and that doesn’t mean he’s going to drink. He said I might as well come out and ask him exactly what i’m thinking…”Are you going to go drink?”

Idk maybe i’m way to attentive to all of his emotional responses, but i feel like the negativity and mood changes is a sign that he’s not completely living to the AA program standards. But, he’s right… it is ok to feel frustrated. But the way he yelled at me today really made me feel like shit and left me feeling like i shouldn’t have even called him. I feel like my emotional responses are annoying him more and more.

Any advice? I’m worried my overly emotional responses are pushing him away and making him angry. Or is this behavior really a case of a dry drunk and nothing to do with me? Maybe I need to shift the focus to myself at the moment, but I struggle with that when I feel things are shaky. i’ve been through a lot too!! He has no idea what it felt like on my end of the table during those awful alcoholic episodes. For the past five years, i’ve literally navigated through constant unknowns, near death experiences, verbal abuse, relapse after relapse, literally witnessing a person become a shell of what they once were, umpteen rehab visits and stays, countless detoxes, turmoil, chaos, etc. I just want some sympathy and understanding from him. I want to be able to cry. But, i also want to heal and handle my own emotions better too.

Hi Jess,
Thank you for sharing with us what you’ve been going through. I see so many of my own patterns in what you describe. I, also, experienced the “dry drunk” phase being more difficult than I expected. This is definitely a time to take extra gentle care of yourself physically and emotionally. We The Village is a wonderful community where you can get the support and understanding you need as you have endured a lot of stress and trauma over the last five years. My local Al-Anon group has also provided me with tools to handle these situations and a trustworthy source of empathy. With my husband, it was like I kept going to the hardware store looking for milk when I would seek kindness from him. He just didn’t have it to give and I kept tolerating it. I wanted to believe he was capable of loving me, so it was really difficult to acknowledge that I could not receive a healthy loving relationship with the man I married 22 years ago. Somewhere along the way I confused caretaking and sacrifice with loyalty and love. Real genuine love is mutual and interdependent, not a source of constant tension and pain. Over time, I became trapped in an unhealthy relationship becoming addicted to getting the approval of a person who is addicted to withholding it. My lack of boundaries was harmful to me and only benefitted my husband fueling his dependence on my over responsibility of him. My responsibility for relationships with others needs to coexist with responsibility to myself. So, yes, stay in your lane and keep the focus on your recovery and getting your needs met by people who are capable of truly being there for you. We’re here for you and know that with each new day in your recovery you will get stronger and heal. Be patient with yourself and your loved one. Know that you can’t love them into staying sober, but you can love yourself into getting well. I am right along side with you in the struggle to heal. You are not alone. Maria

Hi @Jess - Congrats to your SO and you on 5 months sober! It’s his sobriety, but you work in the relationship and support makes a difference.

For me, the best thing I can do in my relationship when I feel like emotions or tensions or stress is at a high is to just communicate. To let him know how I’m feeling, what I’m scared of, what my triggers are, and how I notice myself responding. So that he understands why I might react a certain way and doesn’t take it personally. I think that’s the biggest thing in our relationship - we tend to think the other person is acting a certain way because of something we did. And so we get defensive and more upset. Communicating what’s going on has helped soooooo much. There’s no questioning or wondering. And yes, I will straight up ask, “Are you using again?” or I will say, “I’m worried you’re going to use because of xyz.”

So when I share my fears, my husband responds in the same way and communicates how he’s feeling and what may be behind it. And then we can talk about what we need from the other person. These conversations almost always end in “How can I support you?”

I think another thing that might be helpful is for both of you to find what helps ease your stress. For me, it’s writing, meditation, yoga. It took years, but I’ve finally been able to set aside “me” time every morning and I love it. My husband has been making more time for music. What are some things that you and your SO enjoy doing?

Thank you Maria! I needed to hear that i’m not alone. Most days are ok. But that “stinken thinken” comes out with him during times of stress. Lately it’s been quite a bit. I also have to remind myself that he’s doing all of this and going through all of these changes with no alcohol.

Last night I decided to take the night to really read up on living with a dry drunk. Some of his behaviors at times do fall under this category. I think he has been doing great overall. But I find that he seems to handle stress and emotions poorly. He seems to get stressed and irritated more than the average person and at times takes it out on me. I also have to remember that many of his coping mechanisms and relationship skills are poorly developed because he’s been drinking since he was 11. In some ways, he’s still at the maturity level of a teenager.

I can be sympathetic to that, but I too need a partner I can rely on to support me when my emotions are high and a partner that’s willing to work through stressful times by using the tools we receive in recovery. This goes for me too. I’m sure my high anxiety fuels the fire. But, I also might need to set the same boundaries that I would when he is drunk especially when these negative behaviors emerge. maybe that might mean i’ll tolerate some bitching and complaining, but after so much I may need to cut the negativity off. I’m still not sure how to go about that. It’s easier when he’s drunk because I can just block him due to being drunk and chaotic. Being drunk poor behaviors are a given. Poor behaviors sober and now we’re entering “you’re just being an asshole territory”. Sober, I need to figure out a way to cut the negative talk off while still being respectful of his frustrations. But also, not allowing him to push me around or be rude to me.

Overall, everything I read spoke to setting boundaries, concentrating on your own self-care, getting into your own program…basically staying in your own lane. I do attend Alanon. However, I spend way too much time getting emotionally involved in every single difficulty he goes through. I also tend to allow him to be critical of me for fear that saying something might trigger him in some way. I need to start standing up for myself and also not allowing negativity to enter my world. I also need to let him be with his own recovery in some regard. It’s just so tough due to my trauma responses.

Thank you for your comments it helped a lot. 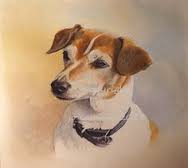 Jess, you sound very loyal. I agree with @mbriesyoga that:

She’s a smart one. It’s a hard trick to learn, but even old dogs learn new tricks now and then.
Good Luck!